My life with salsa began in Dallas in 2002. I decided to take Salsa dance lessons as a hobby to get out of the house and get some exercise. While dancing at the club one night- only after four months of taking classes with a local instructor- I was approached by a beautiful Gloria Estefan look alike. We danced, she told me I was good, and asked if I wanted to take my dancing to another level.

I was taken aback. I thought I had already taken it to “another level”.

The beautiful woman was Jessica Cepeda. She was one of the directors for Salsa Passion Dance Team and she wanted to extend me an invitation to the auditions. Little did I know, the “level” she wanted to take me to would change my life entirely.

On the day of the audition, I showed up late- thanks to a tire blowout. Joel Dominguez, the other team director, had only twenty minutes to teach me the footwork and turn pattern for the audition. After watching the other auditions, I felt outclassed and wanting to walk out. I’m glad I didn’t. Even though I fumbled through the audition, I made the team.

Auditioning for the team was the first of many obstacles. I was very uneducated about the dance and had been dancing for much less time than my counterparts. On top of that, the classes were taught in Spanish- which I didn’t understand. I had to learn visually and simply imitate what I saw.

For the next two and a half years I danced with Salsa Passion and performed dozens of times across the country. These experiences intensified my love for the dance.

When I left Salsa Passion, I danced socially and began training on my own. People began asking me to teach them, so I rented space in a studio and began teaching classes. Shortly after, I was being booked for shows and workshops. I realized I didn’t want to be a generic instructor and I needed something different to stand away from the norm. Here is where “If it Ain’t Sexy… Don’t Do It!” was born.

Continuing to stray from the beaten path, I began to learn how to dance On2 New York Style. At the time this style was entirely foreign to the Dallas dance scene, but I was drawn to it by the musicality, flow, and technique it embodies. I made several trips to New York to continue my training with Joel Dominguez and also trained with Eddie Torres "The Mambo King" and creator of the On2 style.

Eddie taught me many things that have shaped me into the instructor and dancer I am today, but the three things that stuck with me most were these:

1. Standing is not dancing! Men have to move and dance as much as women. It gives the dance more life to see both parts moving and turning equally versus a man only turning the woman and essentially being a puppet master.

2. K.I.S.S. Keep It Simple Stupid! The music is why we dance, and it is important to feel the music and express it, not just doing steps and patterns because they are "cool". A simple sexy dance that is full of connection between the music and your partner will always be better than a dance full of tricks and dips that don't fit the music.

3. Keep it fun! Eddie told me he always wants his students to leave class with a smile on their face. Being an instructor is about spreading the love and joy of the dance.

I took all the lessons and much more from Eddie, Joel, and other instructors in New York and continued to help grow the scene here in Dallas.

Within the past few years I have branched into Bachata thanks to the inspiration of Jorge Elizondo aka Bachata Jorge. He opened my eyes to the Dominican style and the sensual aspects of Bachata. I then began my online Salsa and Bachata dance classes in Dallas! This was for my students to get great Bachata and Salsa dance Instruction. As well as extra practice while i was out of town. Latin Dance Online was just a fun way for me to deliver Latin Dance Instruction to the masses!

Nowadays I am touring the country teaching, MCing, and dancing at Latin Festivals and Congresses. I am blessed to be able to work and meet people from all walks of life brought together by the common interest of Dance. I will continue to grow as a dancer and hope that each one of you will join me on this journey! 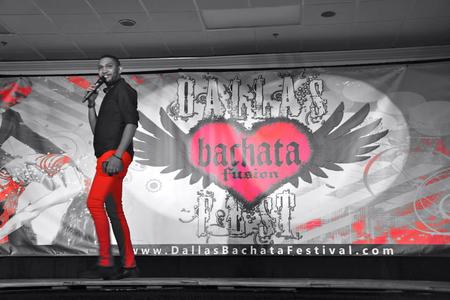 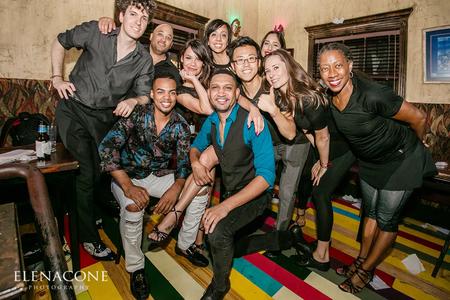 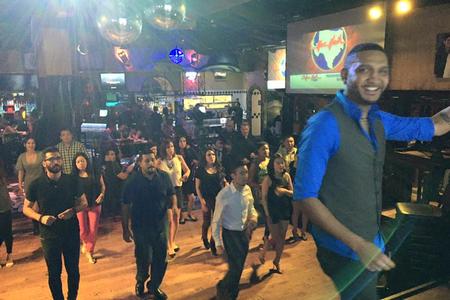 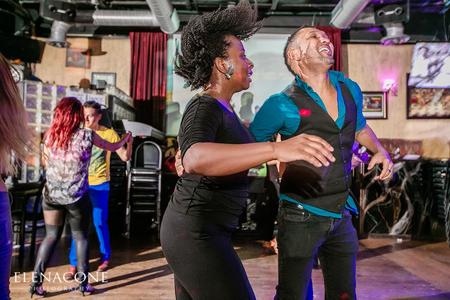